Skip to content
Home/Personal Development & Self Improvement/Let The Travels Continue – How Free Are You?
Previous Next

Let The Travels Continue – How Free Are You?

Let The Travels Continue – How Free Are You?

Since my daughter has become an adult I've been taking advantage of being able to travel and visit places whenever I feel like it. I'm sure grand children will be in the future at some point, until then I'm getting my freedom grove on for as long as possible.

What does freedom mean to you?

To me, this spells freedom:

To do what makes me happy, to share it with a worldwide audience, completely on auto-pilot and to work from wherever, whenever and with whomever I so choose to. All while creating multiple, passive and generous streams of income.

Make sure you read the promise I made to you when I was homeless sleeping in my car (end of article).

My journey started here: in Zug, Switzerland. Zug (pronounced Tsoog), is known as the tax paradise of the world. It is also known as the ‘Gate to the Alps.' You can see why from this picture.

I moved to Marin County, California with the intention to moving to Antigua to learn Spanish within a year. Once in Marin County I took ESL (English as a Second Language) and Spanish classes, preparing for my trip to Antigua.

Except this is where ‘fate' threw me a wonderful curve ball. I never made it to Antigua and stayed in Marin for many years, raising my daughter until she became an adult. 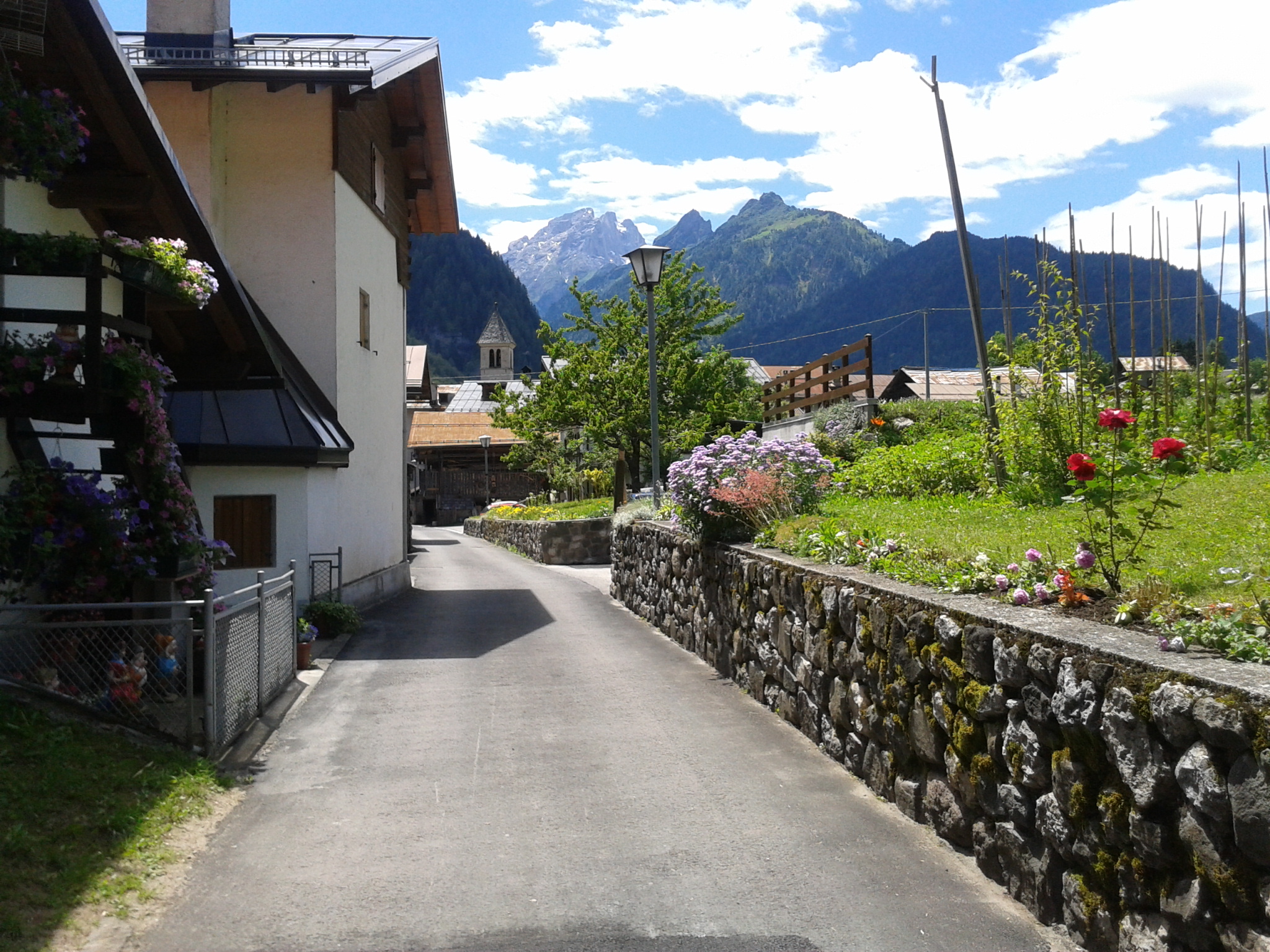 When it was time to move again, 20 years later, I didn't move to Antigua as I had originally planned, but I caught up with wanting to learn Italian, like I had wanted to do 20 years earlier. Maybe there was a sense of responsibility to my home country, to speak our country languages before learning a “foreign” language.

So I moved to the Italian Dolomites (picture to the left) and took a pre-audit consulting position for one of the major oil industry companies.

If you think that the Dolomite area looks like Switzerland, you're right. The Italian Dolomites used to belong to Switzerland until a 100 years ago when the area was traded for the portion that is now known as the Italian area of Switzerland (Ticino).

From there I moved back to Lugano, Switzerland, where I stayed a year, studied for my Ph.D. and took on some Swiss consulting clients. The U.S. was calling, once again. 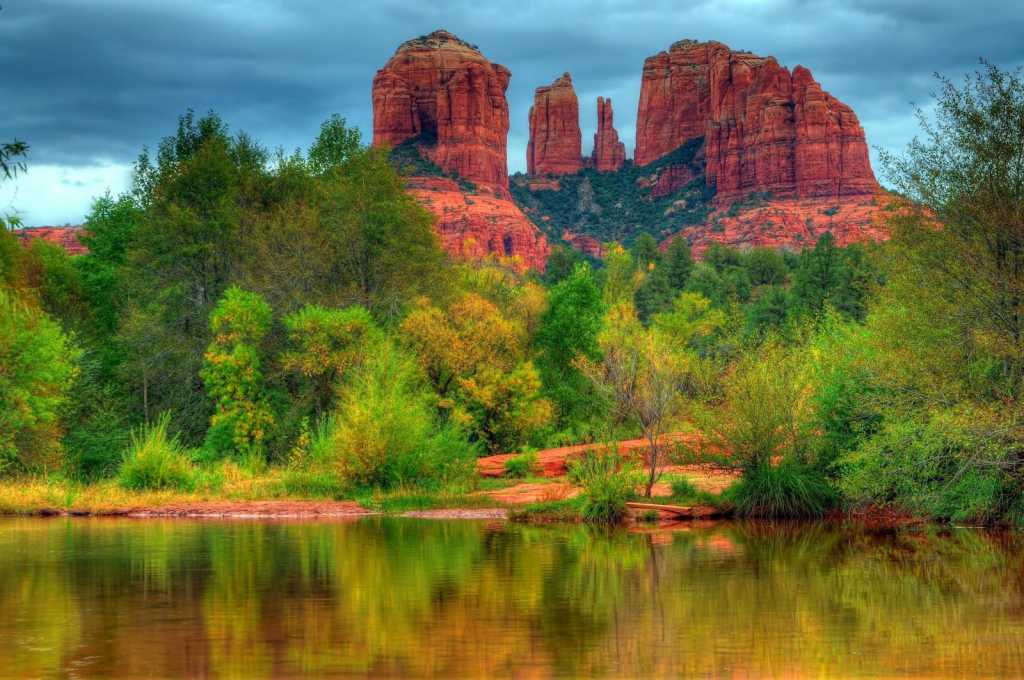 My stay in Sedona had nothing to do with languages per se, although it had everything to do with the language of energy, which surrounds us all. This was all about the journey within. I wrote two books here, barely spoke with anyone and grew by leaps and bounds in ways no one could have predicted. Sedona has its own beauty of red rocks, rich in iron and fabulous for barefoot hiking.

Sadly, 3-5 million people come through Sedona ever year, all expecting to get healing. The earth is hurting, it is sad to be an empath and stand on the land of Sedona to hear its cries. It's a great place to bring healing, not to “take” even more from a land that is so thirsty for balance.

After re-emerging from a life of solitude I plopped myself purposely where there are lots of people, Los Angeles. What was I thinking!? This was my discomfort zone for sure, and I knew it. I love the mountains, the country and all things nature; I'm not a city person whatsoever. What better way to grow than to push myself into my own field of discomfort. Who knows, perhaps there was a gem there for me after all. 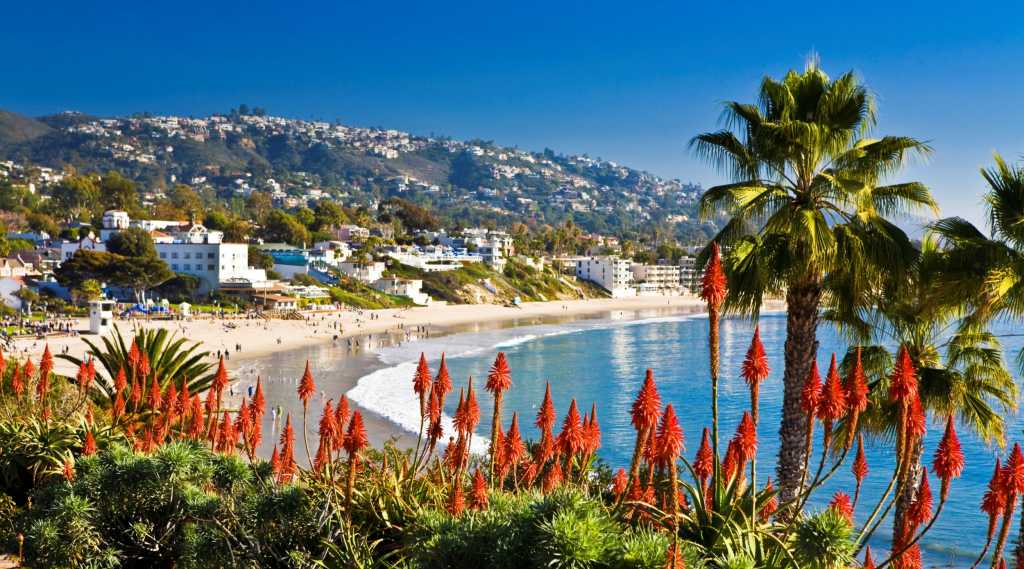 My conclusion was that Los Angeles is just way too big and vain for me. Everything was big. Big streets, big stores, big cars, big egos, big boobs, big attitudes.

Tougher to find big characters or hearts though.

The shallow masses seeking fame on screen were drowning out the few who were on a spiritual path. It was like looking for a needle in a haystack. It was all just a bit too big and overwhelming for me.

So I moved to Fairfax, Northern California. Another small community with great hiking trails. Fairfax is cool. The traffic in Marin, however, in the few years I was gone had become insane. In the San Francisco Bay you may not find people who are seeking fame on screen, but you will find people who are chasing the techno dollar. People who are willing to spend ludicrous amounts of money on rent, drive 2-3 hours in stop-and-go traffic one way, to drive 50-100 miles or more one way just to get to a job site, making someone else wealthy, while their own divine spark is getting snuffed out. That to me is the definition of insanity. 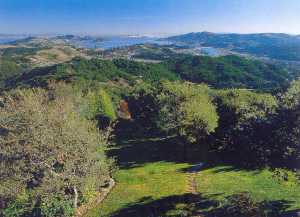 Why play that game when there are so many other amazing places in this world to explore?

Living the mobile lifestyle means I can live anywhere. So why not go explore?

That's what I'm doing now – again. So what's on the menu?

This week I flew into Milan where I'm visiting my oldest girlfriend who has been a fashion designer in Milan since she was a teenager. All I remember her drawing in school were fashion models walking down the ramp. Talk about knowing what your mission is! Here are a few of her actualized designs. I always love seeing someone scribble something on a napkin or a school book and then to see the creation in this three dimensional reality. Only goes to show that whatever we see with our eyes was first created with our inner vision (hint, hint). 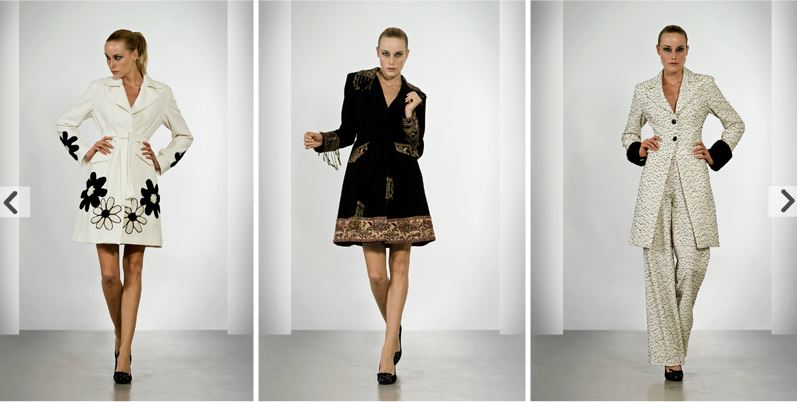 From Milan to Lake Como – on to Lugano: the place where I spent today taking some videos and pictures for all my students and readers. When I was still in California I was contemplating moving to this little town called Vernate, right outside of Lugano.

I have a “thing” for views. I guess every writer wants big, vast, expansive views as I find them most inspiring. It's also an area not congested with other people's energy and free ranging energy for as far as the eye can see. Truly inspirational.

I remember even as a little girl resting my chin on the window sill looking at the chain of Alps (see first picture) and wondering what's behind those majestic mountains. I love views. The farther and wider the better.

Here are a couple of pictures I took today. This one is from San Salvatore looking at the majestic Italian Monte Rosa in Italy. Today I also met the most adorable two people who revealed to me their secret to their 50 year marriage.


The Secret To a Happy 50 Year Marriage 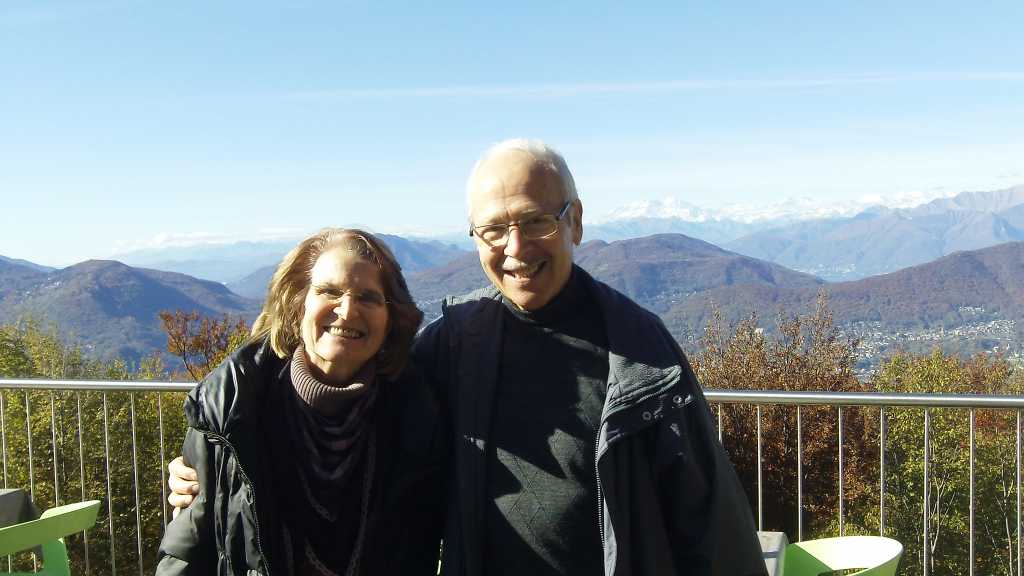 On top of San Salvatore I met Franz & Theresa, who just celebrated their 50th wedding anniversary last week. They have been together since they were 18 years old, got married at 22 and they are as “in love” as they must have been on day one. They are adorable, filled with spunk and pzazz for life!

I asked them their secret and you know what they said?

APPRECIATION and COMMUNICATION were their secret sauce to their long lasting happiness. Take note everyone!

Later in the afternoon I switched valleys, literally, and drove to other side of the lake. 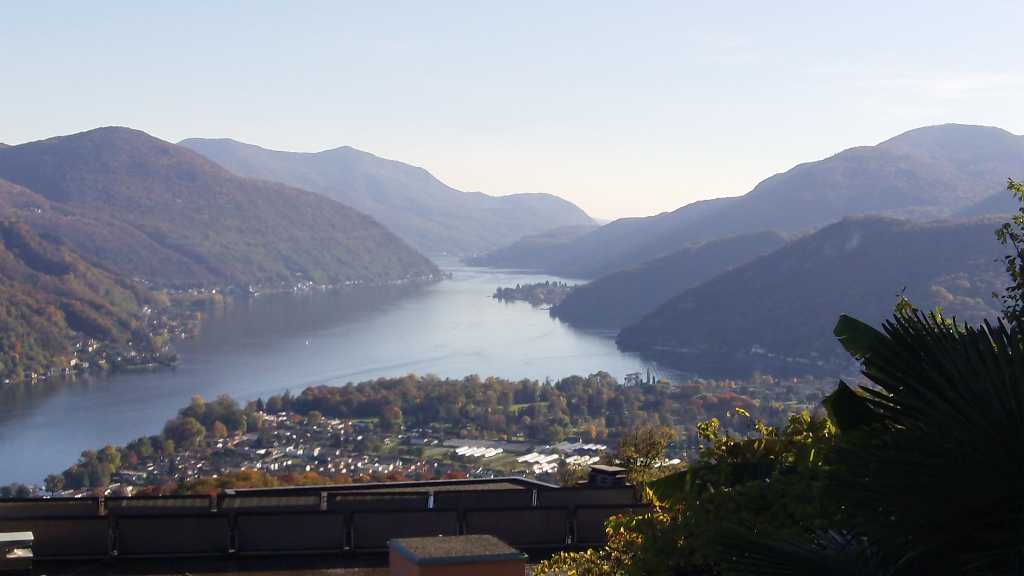 And here is a picture I took from Vernate, Switzerland looking into Ponte Tresa, Italy. Can you say stunning!?

I'm amazed at the tiny streets everywhere, in comparison with the big streets I am used to in the U.S.. Switzerland definitely has a space issue and they know how to utilize every centimeter of space. I drive a “small” SUV in the U.S. and even that would be considered monstrous here in Switzerland.

Vernate has only 581 citizens. I wasn't able to find out just how old it was, but when you see the tiny streets, and the low arches barely six feet tall, all in cobble stones, then you know it's hundreds of years old. 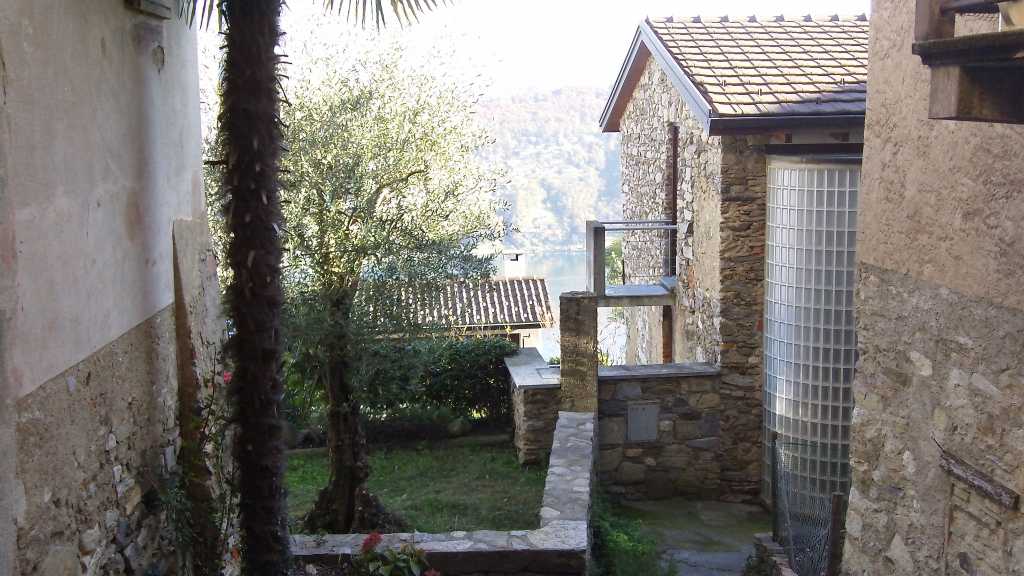 Tomorrow I'll be visiting Lucerne. And next week I'll be moving on to the French Riviera. More pictures are to come for sure.

I will definitely keep you posted on my journey and yes, the podcast and my courses will continue as usual. This is the beauty of working from anywhere. All it takes is a camera or phone, and a laptop and internet. Voila, you're all set.

A Life Without Regrets 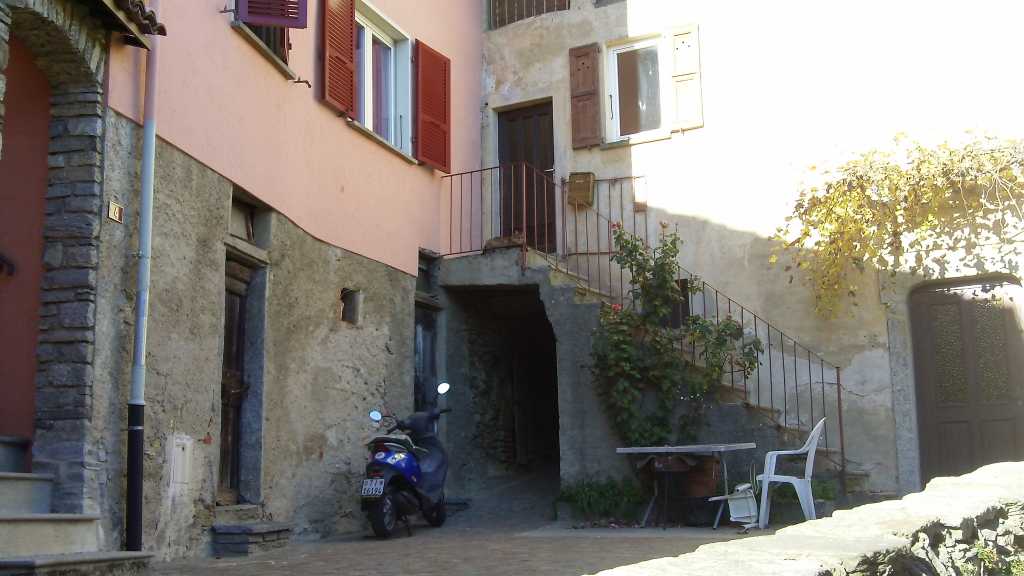 I have been living the mobile lifestyle for over 13 years and I would never go back and slave away for someone else while wasting my own talents. What a waste of a life that would be. Granted if I was truly using my “god-given” talents while working for someone else and I couldn't wait to get up in the morning to go to work to use my talents, then I would be in the right place. For most people, however, this is not the case. I talk to way too many people that are burning the candle on both ends, as the saying goes. This type of lifestyle is the sure recipe for a short life and an ugly death frothed with ailments that rob you of every joy life is eager to dish out for you.

This is not a dress rehearsal. This is your life!

And if you're thinking that your time will come when you retire, remember Buddha's words:

The trouble is, you think you have time.

The $1 Promise – My Promise When I Was Homeless

If you need to get a mind shift about your attitude around money, then Money and Metaphsyics – Unlocking the Floodgates of Wealth may be up your ally first. It's yours for only $1. Why? Read on.

So I promised myself that one day I would “make good” on that realization. That times is now.

The logic behind my commitment was that rather than taking $1 million dollars from one person, I needed to focus on serving 1 million people instead. My focus originally was money, even though I've never been money motivated or oriented, always interested in being of service to people.

I could give the course away for free but then I would rob you of your participation and your energy exchange. On top of that I would cause karma for the both of us, and I'd rather not go there with you. So to keep the slate clean and karma free, and you having a bit of skin in the game, your energy exchange of $1 will suffice.

Where The Journey To Freedom All Started For Me

If you want to know how I got started working from home, you may be interested in my signature course, Teleseminars Mastery. Coupon contains a 10% discount. If you want the shorter, cheaper version of the course but without the full enchilada hand-holding (for self starters), you may be interested in the Ultimate Freedom course instead (10% discount).

Make sure you sign up for the newsletter so you will get subsequent articles, podcasts and announcements where I will share more pictures and videos with you of my journey.

For now, it's been a long day and I'm soon going to tuck in with a smile on my face. I wish you the same freedom, the same happiness and loads of fun adventures to look forward to.