Sexuality has been used for eons, not only for reproduction but also for rituals. Unfortunately true liberation can never be reached through sexuality, on the contrary. Sexuality is actually a part of what keeps the re-incarnational wheel going and causes people to come back again and again to give this thing called ‘life' another chance. All in the effort to reach ultimate liberation. Liberation from reincarnation.
When I scan the energy strands of Jesus and Mary Magdalene – sorry, I don't see a connection of a sexual nature whatsoever. All the hoopla about Jesus and Mary Magdalene having been his partner is modern man's excuse to continue the propaganda to satisfy sexual urges while making physical sexuality into a necessary sacred act in order to achieve spirituality. The greatest scam ever played on the human soul. Man will never be able to truly reunite with Source through physical sexuality. Yes, all created matter is a form of sexuality, as we see in hydrogen marrying oxygen through the means of fire (passion). Nature can't produce anything unless the act of sex is present. But that's not what these authors are talking about.

Two physical beings can never occupy the same space. It's an impossibility. And yet humans keep trying to find unity by having sex. We think that surely the interlocking of sex organs will make us feel like one? No, it doesn't. If you dissect the sexual act it starts with heating up the blood stream (which is why sex has been used in rituals), and then the interlocking of sex organs – but before orgasm (release) can be achieved, the two bodies tense up, their faces become all strained looking – and then the orgasm is supposed to be the ‘what?' The union? The release of what exactly? It's ludicrous to think that tensing up of anything would result in union. The opposite is needed in order to achieve true union. The-going-within-act is shunned by many, because it's too boring, too time consuming, etc. etc. and yet that is the only place to look for union. 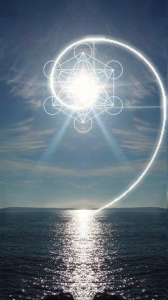 What is visible to us in this world is only the positive aspects of ourselves. The materialized part of us. But in order for there to be a materialized positive aspect of us, there has to be a negative, non-materialized part of us also. That is the negative aspect of us. I'm not talking good and bad, I'm talking as it visible and invisible, positive charge and negative charge. This union that we in our positive aspects are seeking, is the negative aspect of ourselves. What we are wanting to unite with is US, and that cannot possibly be achieved by uniting with another person's body. On the contrary, it actually is what is keeping us from searching within… Now you know why the whole world is crazy about finding their soul mate or their twin flame. They look out there, outside of themselves, for completion, for union. When in fact the only union that needs taking place is the union between the positive (material) aspects of you and your negative (unseen) aspect of you.
When you really think about this, you'll see that it's all contrary to what really takes place when someone merges with God, which can only take place by going within because that is where Source is. The body, in essence, is in the way of us reaching God easily because the body has needs. So Mother Nature, crafty as she is, exploits this urge for unity to keep her species alive. That's the only purpose of human sexuality.

The Law of Matter – Satan

Nature, which includes our bodies, is not interested in God, it is interested in living her purpose, which is to keep the cycle going, in reproducing and refolding what has become old, worn and has outgrown its presence here. This goes for a plant as much as it goes for our body. So when Spirit decides to clothe itself in a human body, we enter the womb, which is really the tomb. Because once in the tomb (womb), our job here becomes to resurrect ourselves from this tomb. And sexuality is the very thing that ties us to this tomb. It's how we get here.
You can visualize something like this:
S ———————- S
The dashed line is the journey. The first ‘S' stands for Spirit or Self. The second ‘S' stands for Satan because Satan (Saturn) is nothing more but the Law of Matter. So the Law of Spirit or Self is where we've come from and where each of us go back to. And as soon as we are born we are exposed to the Law of Matter. All of us, no exception. Our job here is to find our way back to Spirit while being in the body, and in doing so mastering the law of matter. Many recognize this intellectually and yet they are completely addicted to matter. This includes their bodies, sexuality, impressing the Jonses, chasing after money, food, etc. 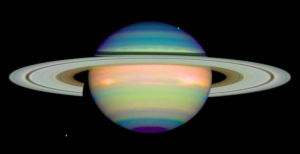 Satan is Saturn. The planet that rules matter. If you look at the zodiac wheel and place the sun into Leo and the moon into Cancer, and then go to the two opposite zodiac signs, Capricorn and Aquarius, you will see that the ladder two are ruled by Saturn. This is because Saturn opposes the Moon and the Sun (the son of God). Saturn is the opposite, he rules matter. Saturn rules the bones and the lymphatic system. Saturn is known as the brass knuckle of all teachers (together with Jupiter, which is Peter, and Peter is known as the rock). No one is exempt from the influences of these celestial bodies, they are here to teach us. We are here to transcend, that's our whole purpose here. But we can't transcend unless we first transform (from identifying ourselves as bodies and realizing that we are Spirit). But we can't transform unless we first transmute. And the transmutation process is always the same – taking one energy and transmuting it into something a whole lot more powerful. In other words, taking physical sexual energy and transmuting it into the powerful force that it really was meant to be by not letting that energy dissipate through chakra one but by taking that energy and moving it upward. The majority of humanity, however, has neither the self control nor the ambition or even the interest in doing so. They would rather please the flesh… But worse, they not only would rather please the flesh but then they go and clothe it in words like tantra or calling it sacred sexuality. A while ago I heard of someone wanting start a program called sacred pornography… Humanity will do whatever it takes to deceive and be deceived and take a natural act and turn it into a self serving propaganda. It's just another trick of Mr. Saturn to keep the wool pulled over our eyes and preventing us from seeing our true magnificence.

Even worse is that people think that they can have every detrimental experience here that they want in forms of impurity, drugs, alcohol, overeating, etc. etc., anything that has to do with satisfying the flesh, and then when they die they go back to God. This is what humans expect or assume. Unfortunately nothing could be further from that truth. This is why so many get stuck in limbo and keep coming back here just as unconscious as they were when they left. What makes us advanced on this evolutionary path is not our deeds but our consciousness. And of course with consciousness come deeds that are more aligned. But the deeds then are just effect. Consciousness, or lack thereof, and the level of consciousness we are each on, is what moves us up this evolutionary journey. 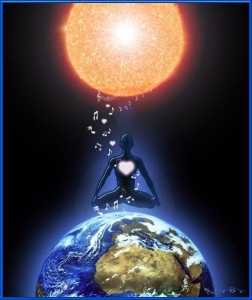 These bodies of ours are truly our vehicles for awakening and it is now that we have to awaken while in the body, so that when we leave these shells our Spirit can truly experience instant liberation. When someone is tied to the body through pleasing  the body alone, then s/he misses the whole point of salvation of the soul and when the body dies their consciousness will be drawn into unconsciousness even deeper because this is how they lived their life. This is what the church calls ‘hell.' A human who lives unconsciously operating in the sense oriented world will be sucked into unconsciousness, which is Satan, upon shedding the body. And no worries, it's not permanent, it's just an arduous climb back up towards consciousness. The agony of this journey is not outside of us, it's within.
This is why my tag line in every video is that I deeply care about the evolution of the soul. It's all I care about. Because I've seen the other side and work in bardo helping release stuck souls. It's not a pretty sight, taxing and exhausting, and so very sad and preventable. It's unnecessary.
Sexuality then, is tied to our first chakra, the very chakra that brought us here. The more we proclaim that we need sexuality to achieve spirituality, the more we miss the point. And we continue tying ourselves to this same chakra, never moving upward…
I could write a book about this topic and I know it would not be understood by many. Frankly it would be opposed by most, as probably this post may be misunderstood and opposed too. And that's okay. Humanity has a long time to go. If there is one or two who read this and say “I get it” and so can change their life to truly strive for Spirit by seeking Spirit within (which is the only place where Source can be found), then my life was worth it.
2016-11-01T05:53:37+01:00By Cha~zay Ph.D., C.H.|Categories: Metaphysics and Spirituality|Tags: sexuality, spirituality|

Success! Now check your email to confirm your subscription.